Uncovering the Benefits of a Covid-19 Rapid Test Kit

A Comprehensive Guide: Drug Testing in the Workplace

Why is Drug Testing in the Workplace Important?

Protecting company assets: Drug use can increase the risk of accidents and injuries, which can be costly for a company in terms of lost productivity, liability, and insurance premiums.

Advantages of Drug testing in the Workplace:

Disadvantages of Drug Testing in the Workplace:

How is Drug Testing in the Workplace Conducted?

There are a few options that you can choose but we recommend saliva based testing for most situations:

Urine testing: Urine testing is the most commonly used method for drug testing in general. It can detect the presence of drugs for several days or weeks after use, depending on the drug. The detection period is longer.

Oral fluid testing: Oral fluid testing involves collecting a sample of saliva from the employee's mouth. It is  the least invasive and can detect the presence of drugs for a shorter period of time than urine testing, typically within the past 24-48 hours. This is a highly recommended from of testing for in the workplace.

Hair testing: Hair testing involves collecting a sample of hair. It can detect the presence of drugs for a longer period of time than urine or oral fluid testing, typically up to 90 days. This method is not very convenient.

Blood testing: This involves collecting a sample of blood. It is the most accurate method for detecting the presence of drugs, but it is also the most invasive and is only used in certain circumstances, such as after an accident or when there is reasonable suspicion of drug use. It is not recommended for most situations.

What Are the Legal Considerations for Drug Testing in the Workplace?

In the United Statesdrug testing is regulated by the Drug-Free Workplace Act of 1988, which requires federal contractors and grantees to maintain a drug-free workplace. Many states also have their own laws and regulations regarding drug testing in the workplace.

Being familiar with the relevant laws and regulations is important to make sure you are in compliance with them. Developing a written drug testing policy, providing notice to employees about the policy, and following proper procedures for administering and conducting the tests are all important things to do.

What Are the Best Practices for Drug Testing in the Workplace?

Here are some best practices that employers should follow when conducting drug testing in the workplace:

Provide notice to employees: Employees should be provided with notice of the drug testing policy and the circumstances  when testing will be performed. This may be included in the employee handbook or provided in a separate notice.

Follow proper procedures:  Following proper procedures when collecting and testing the sample to ensure the accuracy and reliability of the test results is very important .  This will include having staff trained to collect the sample, following proper handling procedures, and following directions so the test are performed accurately. Luckily with onsite drug test kits there is no special training needed and they are extremely easy to use.

Confirm positive test results: If a preliminary test indicates a positive result, it is important to confirm the result with a more accurate, confirmatory test. This can help to avoid false positive or false negative results.

Protect employee privacy:  Privacy is important and employees should be made to feel as comfortable as possible when the testing isw being done. Their results should also be kept confidential

What are the Potential Consequences of a Positive Drug Test Result in the Workplace?

This will depend on the employer and the local and federal laws regarding drug testing. A positive test result may result in disciplinary action, such as a warning or termination of employment. Sometimes an employee may be required to undergo treatment for substance abuse before being allowed to return to work.

Can an Employee Challenge a Positive Drug Test Result?

If an employee challenges a positive drug test result, the employer may conduct a confirmatory test or review the circumstances of the test to determine the validity of the challenge. If the challenge is successful, the positive test result may be overturned. When performing rapid drug testing it is always recommended that you have confirmation testing done with a certified laboratory on an presumptive positives.

Can an Employer Drug Test an Employee at Any Time?

This will partially depend on the laws and as well your drug testing policy. an employer may be able to drug test an employee at any time, while in other cases, there may be restrictions on when an employee can be tested.

Reasonable suspicion and post accident are cases when a employee should likely be tested. In other cases, an employer may only be able to drug test an employee as part of a routine screening or after the employee has returned to work following a leave of absence.

Can an Employer Drug Test a Job Applicant?

The rules for drug testing job applicants will depend on the laws and regulations in the jurisdiction in which the employer operates. Most often a employer is able to conduct drug testing.

Can an Employer drug Test an Employee for Off-duty Drug Use?

This again will depend on the laws and regulations for your given state. If it is suspected that the drug use outside of work is affecting the employee while at work then performing a drug test may be the best route to take. Most often testing will be performed during the hiring process, at random, and after an accident.

What Are the Costs Associated With Drug Testing in the Workplace?

This will depend on what type of testing you choose to conduct. Urine testing is generally the least expensive method of testing, while hair and blood testing are generally more expensive. Saliva testing is what we recommend.

In addition to the cost of the tests themselves, there may be other costs associated with drug testing in the workplace, such as the cost of training staff to administer the tests, the cost of storing and handling the samples, and the cost of any confirmatory tests that may be necessary.

Should Drug Testing in the Workplace be Allowed: Arguments Against it

Marijuana Drug Testing in the Workplace: Should it be Allowed?

It has been a controversial issue in recent years, as an increasing number of states have legalized marijuana for medical or recreational use.

One of the main challenges of marijuana drug testing in the workplace is that marijuana can remain detectable in the body for a longer period of time than other drugs. While the effects of marijuana may only last for a few hours, the drug can be detected in urine for several days or even weeks after use. This can create problems for employees who use marijuana legally on their own time but may test positive for the drug when they are at work.

It is important for employers to be aware of the changing legal landscape surrounding marijuana and to consider how this may affect their drug testing policies. Employers should also be aware of any relevant laws and regulations that may impact their ability to drug test employees for marijuana use.

Overall considering having a drug testing program within your organization is an important topic to discuss. It can have both it’s advantages and disadvantages, but if proper procedures are followed in the long run it can prove to be very valuable addition to your companies standard operating procedures. If you have any questions before implementing your drug testing program please feel free to contact us!

How Accurate Are Oral Drug Tests? Uncover the Truth!

How Much Does a 10 Panel Drug Test Cost? Unlock the Price Tag Now!

Where to Buy Mouth Swab Drug Tests: Get Accurate Results Every Time!

Unlock the Mystery: How Does a 12 Panel Saliva Drug Test Work? 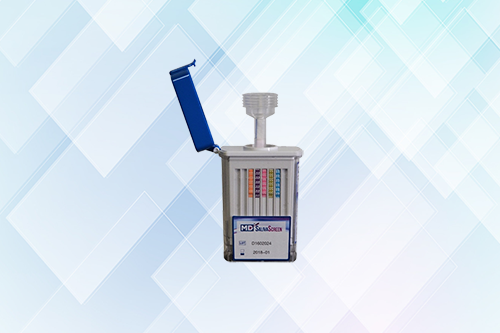